1.2.71b GlassWire not responsive but apparently still running

When I logged in this morning I found that GlassWire had failed in a way I haven’t seen before. The mini viewer showed no traffic and did not show the remote connection:

The GlassWire services were still running but the GlassWire desktop application would not run:

I had to end the GlassWire tasks using Task Manager before the desktop application would run.

At the computer with the problem I had restarted it and cleared all history. Apparently, it didn’t reconnect at that time although it had correctly done so just before this when I had rebooted at 11.47am and 11.57am: 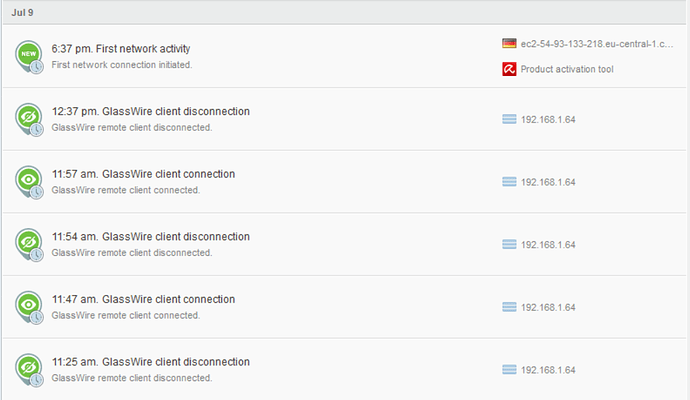 At that time GlassWire appeared to be working OK. The only change I then made was the next day when I turned on all the GlassWire security alerts Fortunately I did that because it shows that GlassWire was still actively recording idle time even though it was not responsive. 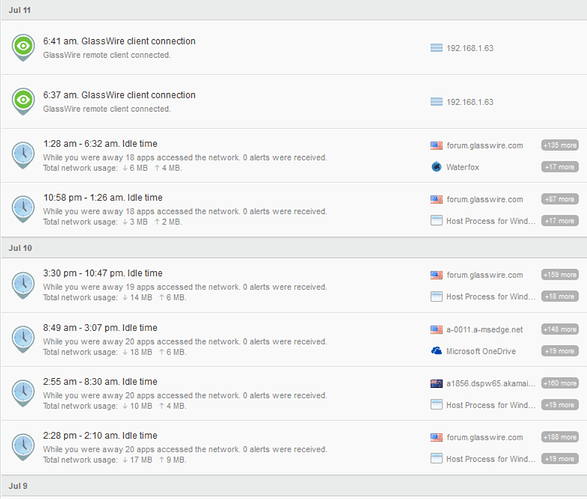 Strange, we have never seen this before.

Did you have that logging version we sent before running? If so could you send the logs, or any crash dumps that appeared on your desktop? Thanks for the detailed report.

Yes, I couldn’t find anyone reporting the same issue in the forum.

This problem is for the latest non-logging version. The older logging version I had has the DLL integrity problem so it is unusable.

Just noticed this issue, had to stop and restart the service to bring glasswire out of its coma.