Backblaze traffic doesn’t show up for me (shows up as a few megabytes). Anyone else? Thanks

Maybe it just checks the file hashes that change and only update those instead of always doing a full backup, to save bandwidth?

It was my first 220GB backup, though. Which is done as of now, but I don’t see it anywhere in glasswire (except the few MBs)

If you go to the Usage tab is your traffic set to local only, or is it showing external traffic also? There is a pull-down menu that says “options”.

Did you recently install GlassWire or have you had it for awhile?

All traffic (internal, external, outgoing and incoming) is shown. Installed it recently. Less than a week.

Could you try rebooting, then run a backup again and see if it solves the problem? In rare cases GlassWire needs a reboot after install to detect all traffic.

Is it possible the traffic shows up under a separate app or through the Windows OS?

Yes it does show up in windows 10 data usage 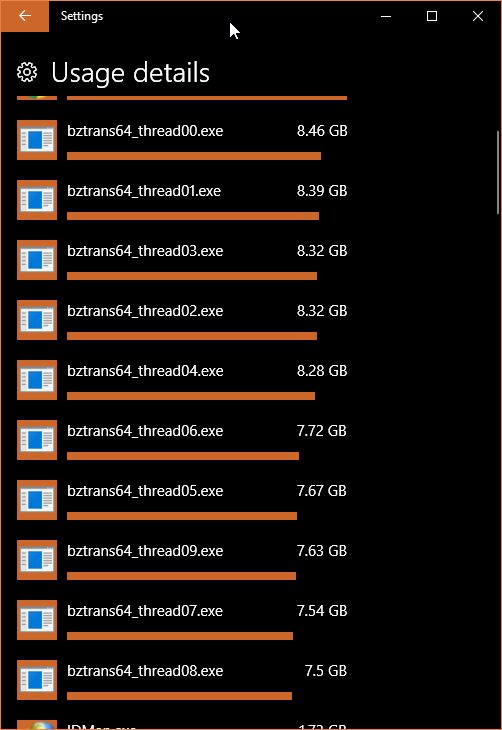 Thanks. I will try to see if we can recreate this.

If you are concerned you could try uninstalling GlassWire, rebooting, and reinstalling with our “clean” option, then rebooting just to be sure…

Sure I’ll try that. Thanks

Hi. So apparently something was wrong at my end. Reinstalled both backblaze and glasswire and now everything shows up correctly