Glasswire very recently started using Cloudflare(1.1.1.1 or 1.0.0.1 or 1.x.x.x). Use to be 208.67.222.220 and x.x.x.222 which are OpenDNS servers. Why the change? Also, I go and change the adapter setting to a different DNS and it retains it only for a specific amount of time before reverting to the Cloudflare servers. 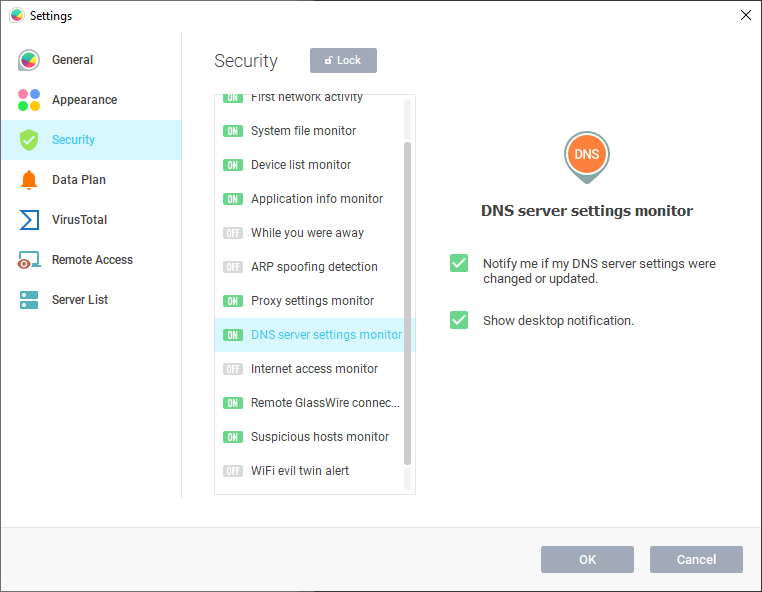 I go and change the adapter setting to a different DNS and it retains it only for a specific amount of time before reverting to the Cloudflare servers.

I expect another program is making the changes. Many security/anti-virus products will do this.

This happens to me a lot depending on what VPN application I use, and what the settings are. The OP may try a DNS leak test just to be sure no sketchy things are going on.

So are you suggesting that @inesbeag run the DNS leak test to confirm that the hostname is actually one that is owned by his/her ISP, as expected if there is no VPN involved.

I realize what is involved with a DNS leak, those are just things I would try as they never specified anything about using a VPN. I was just kind of assuming that’s common practice these days.

I know you know what is involved - sorry but I’m just in the habit of making posts understandable by users who don’t.

FYI, VPN users in the West (North America, Europe, Oceania) are less than 1 in 10. But you’re probably in one of the demographic groups that do use VPN heavily: users wanting improved privacy and security; users sidestepping geo-blocking; hackers; etc.

VPN use is more than twice as high - up to 1 in 4 in Asia. the Middle East and Latin America - where people are more limited by geo-blocking and where political regimes are more intrusive.

Didn’t know that, all of my friends are like minded so they take most of the security precautions I take and layer security.

I honestly would have thought the US had more VPN usage, especially with our Government and the info released by Snowden, ect… Personally I work for them so I make sure to lock down my systems as I know what they monitor lol plus you can never be to safe when securing your systems.

We’ve got off topic but here’s more stats in explanation. I note that US users are not very motivated to use VPNs. Despite concerns about state-sponsored surveillance in the US, the potential consequences of surveillance are far less life-threatening than in many other countries. There also less motivation to break geo-blocks and geo-locks because the US is where most of the content comes from anyway.

The statistics vary between sources because there are timing and classification/definition issues, I was using stats from a website for “uses VPN at least once a week on desktop” which was the context for the OP’s topic. If I instead choose “uses VPN at least once a month on any platform” (see the link below) I can get a much higher US figure of 17%. But if desktop VPN use is only 2/3 (17/25) of the total then the comparison with my figures drops to 11-12% which is about 1 in 9 - not much different from what I said.

P.S. I should have added that younger adults are much more likely to use VPNs so the younger you are then the higher the VPN usage among your peers.

I am in the US, and I don’t use a VPN on my own safe network because I find it slows down the network too much in many cases.

I do use a VPN for business reasons or when using WiFi, or on other unknown networks.

Shouldn’t that kind of alert provide more information? Currently is kinda useless, isn’t it?
They previous and new IP address/list of addresses would be nice.

You can display the alerts in “Type” order and find the DNS type and see the previous setting. The information is there, it’s just not shown in one alert.