Glasswire in its current version, in my opinion, makes PCs more insecure because it automatically configures the user’s basic firewall settings to be more insecure. Here’s an example: the Windows firewall has been configured so that no port is open from the outside on public networks. Maximum shielding, as you can also see from the portscan. 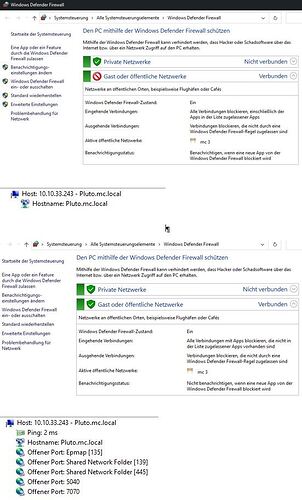 problem553×913 84.6 KB
After a reboot with Glasswire enabled, this setting is automatically changed. The user does not notice this and cannot prevent it.
What is this nonsense?

Obviously, at least the manufacturer has no interest in solving the problem. Too bad too.

No response to this is a little concerning.

Yes, you could say that. This behavior occurs not only during a reboot, but with many changes to the Glasswire firewall settings. Overall, we can say Glasswire protects the PC from the inside out. But from the outside it makes well secured PCs more insecure. It is a pity that the manufacturer does not see and comment on this. Especially since the behavior is very easy to reproduce.

Thanks for the feedback.

GlassWire was designed to be as simple as possible. However, we do have it on our roadmap to redesign the firewall, including changing this.

The problem has been around for at least a year. It’s hard to believe that no one noticed this and recognized it as a problem. A firewall should not only work well from the inside out, but should protect even better against malicious traffic from the outside.