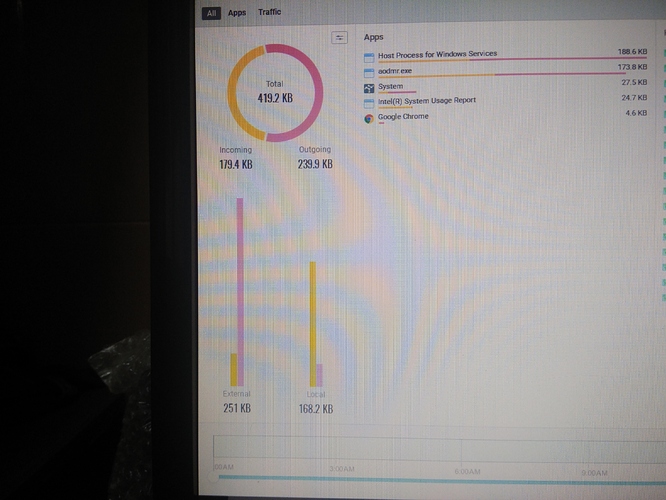 Apps still try to talk even though there is no connection. GlassWire picks it up.

So how’s it showing downloads, i get upload speed etc. But what new data did it download

The cool thing about GlassWire is that you can answer that yourself. Go to our graph and drill down to that time period. Now click the “apps” and then click the graph per app and see what was going on there.

We use a Windows API to collect network usage information. The API reads the data and we display it so it’s not something we can make up out of thin air.

I have had others ask me this before and they found it was the PC trying to talk to other local devices, apps trying to call out, etc… even though there is no connection. When the connection is unplugged it doesn’t mean the software on the device necessarily stops trying to communicate.

@Ken_GlassWire, but I think @aks146 is asking how can there be download data when there is no signal coming in from another device?

So how’s it showing downloads, i get upload speed etc. But what new data did it download

I suspect that the NIC has some logic to receive broadcast packets that it transmits itself and would have received if they were transmitted from any other NIC.

Does anyone know if this is true? Anyway, we could check this in GlassWire by seeing if broadcast protocols are being used for both uploads and download stats.

I’m away from home so I don’t have a Windows computer with me to check this.