Spike in cpu usage and ram with 2.2

I’m assisting right now to a spike in cpu where gwctlsrv.exe is at 21% and the the ram usage have spiked from 600mb to 1.2GB without reason
As you can see also some hours ago he doesn’t recall any network activity 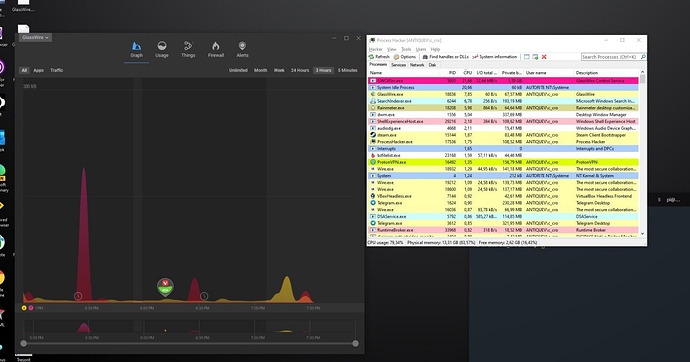 Thanks for your report. We will investigate and try to reproduce this issue.

Also with 2.1 yes I think so
Thatt would explain a lot of things actually.

And is happening again after a reboot by the way

Thanks for your detailed report. We will investigate and try to reproduce it and fix it.

I think you may have emailed us and if so I believe we already have a ticket open for this just for your specific case.

Yeah but as I can see you have heavy configuration.
Plus apparently you have very small traffic because on my higher end gwctl is always working like at least 0.6%.
But the problem in ressources and crash’s are on lower ends devices. I’m talking here about Y series cpu intel.
And I clearly think that glasswire is maybe writing too much data or something like which fills up the queue of I/O and which results with gwctl working at 25% for dozens of minutes depending on how much the system was clogged. And ultimately sometimes by crashing.
Crashed again in windows 10 2004 version

We think we found this bug and we’re working on a fix. It seems to be related to how certain apps behave on the network (some specific games in the cases we found).

Also we plan to release “GlassWire Lite” this month. It’s an alternative version of GlassWire that uses less resources, although it doesn’t track all connected hosts.

I think that would at least ease our bug testing which is quite complex since your are relying on several windows API to display the information and it could a variety of problems succeeding to themselves, recurrent bugs of windows updates included like this may update where apparently there are several more added to the already big list

Are you running Bittorrent or something similar?

What firewall mode are you in?

What games do you have installed, and are they blocked or allowed?

I literately just solved the CPU usage problem.
It was cause by a little program that I was testing called Remote Mouse. 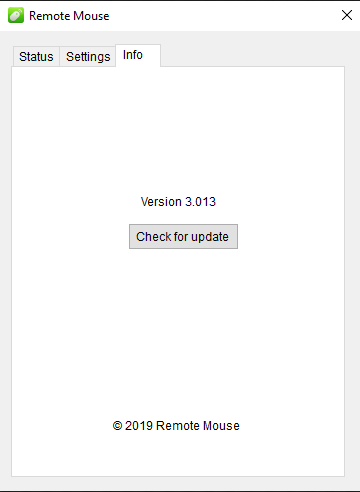 Guess who is getting uninstalled right away…

Thanks for your information about this! I think we may have found a way to avoid this with our next update. It seems some apps act really weird on the network and can cause GlassWire’s CPU usage to spike in some unusual situations.