Upon uninstalling GW, its rules persist in Windows Firewall, understandably no longer functional.

Manual removal is effective. However, due to the nature of the Windows registry, the rules can continue to exist in various ControlSet00x should that scenario(s) have been realized.

On my Windows 10 test system, for example, I had 44 GW rules to manually delete. But in searching the registry, over 100 were “left over” in two ControlSets. 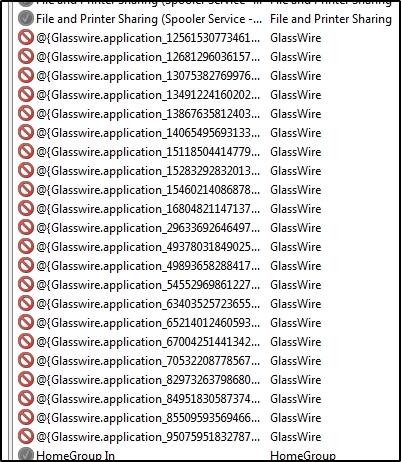 Could you check our most recent version of GlassWire, then uninstall and see if that’s still the case? Thanks for your report.

Using the Glasswire uninstall.exe, I uninstalled 1.1.46 and the Glasswire.application inbound and outbound rules in Windows Firewall Advanced Settings remained. As did Glasswire folders with data in ProgramData and AppData\Local. 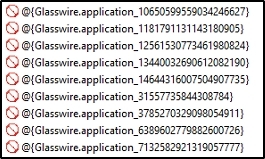 No I did not clean install.

As expected, GW reverted to a clean install, but the leftover rules still existed in WFW Advanced Settings. Obviously they’re ignored as the UIDs are associated with the previous install, so no conflicts there. But… bloat. In both the control panel and registry.

While we’re at it, that clean install is easy to miss. I suggest moving the item to the top of the list with text in all caps or creating a separate installer pane for that option.