Android glasswire app is beautiful, but it lacks the firewall, so it’s pretty useless for me.
May I suggest you take a look at these apps? 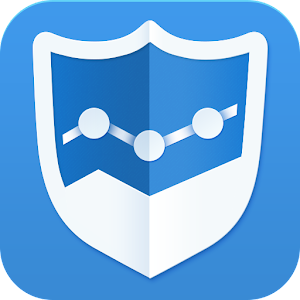 FEATURES:* NO ROOT REQUIRED mobile and Wifi data firewall.* Control the access permission for each app to access internet with mobile network and WIFI network.* Support to only blocking background data and let foreground data go.* Record, analyze and sort the data usage for each app.* Show the history data by hour, day or month in bar chart.* Notify when one app has new internet connection.* Set temp permission for just 1 hour.* Support mobile network only mode which disable firewall automatical... 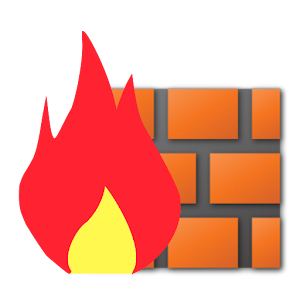 Firewall WITHOUT ROOT. Host name/domain name filtering, simple interface, fine-grained access control and no suspicious permissions on the firewall app itself. * TO LTE USERS *NoRoot Firewall may not work on LTE because it NoRoot Firewall currently doesn't support IPv6. I'm working on the fix. NoRoot Firewall requires NO ROOT. It protects your personal information from being sent to the Internet. NoRoot firewall notifies you when an app is trying to access the Internet. All you need to do is jus...

These are rootless firewalls utilising a local VPN connection to filter packets. That’s a dirty hack, if you ask me, but still it works flawlessly. These apps are no longer maintained, so I thought that Glasswire might want to implement the feature. Starting from Android 6, there is also option to force connection through VPN application only.

And there is also a powerful Knox Framework for Samsung devices that allows rootless iptables-based firewalling without local vpn, please check it out too.
https://seap.samsung.com/api-references/android-standard/reference/com/sec/enterprise/firewall/package-summary.html 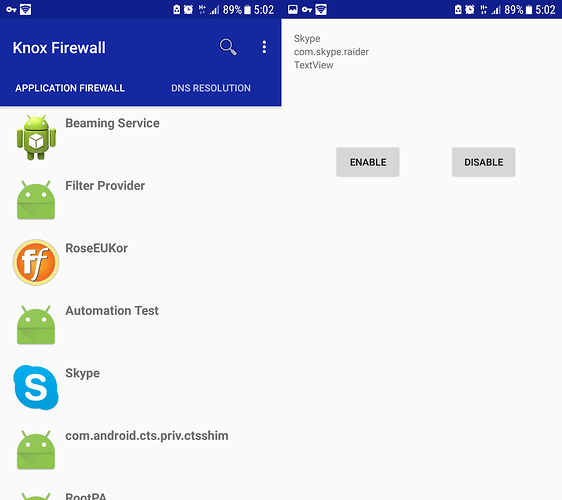 I actually took time and made my own simple firewall using knox, it’s working ok, and it was pretty easy to make (took me a few evenings with zero prior android coding experience) but I would love to see this feature in a beautiful app like yours.

Local VPN firewall might be tricky to implement, but at least consider knox firewall even if it is for samsung devices only (this is ~50% of android market share).

Thanks for your feedback. We are working on adding the feature you requested but our app is very new and it takes some time to develop a good blocker.

You might want CTO take a look at " Block-This " on GitHub. It uses DNS filtering to block ads, malware, phishing, etc. Runs on the local Android VPN protocols. You might be able to fork it, or look for " Blokada " a similar app I think is listed there too. The home site for the first one is:
https://Block-This.com where you can find a link back to GitHub.

I had used the Grey Shirts app for almost three years and started a thread at Wilders Security.

No longer having my rooted Android slab and not yet willing to brick a new (WiFi only) Nexus 7 FHD, I was anxious to try this Grey Shirts NoRoot...


(Having been overrun by clueless posers, I cancelled my account long ago which is why Guest appears as my avatar.)

It is an excellent firewall but is above and beyond the skillset of the mainstream user to evoke its greatest effectiveness. And 2½ years since an update.

Depending on Bitdefender for malware domains, I had originally used Grey Shirts to block the IP addresses and domains of mobile ad services. It worked well until the industry’s intrusions became unmanageable, some apps having dozens of connections to ad servers. As well most abandoned the host.domain.tld model and instead used rotating un-resolvable IP addresses within their networks. So for a few days an app would load ads from one IP address, a few days later another. Building rules became not only tedious but approached impossible.

I needed an effective and tedium-free solution and the Palant/Fanboy offerings didn’t cut it.

Simple app on/off firewalls like the one from sigo.mobi are a good solution especially for apps that phone home without user purpose; there is no reason for a solitaire app to connect out. But on/off is on/off and that’s all it is.

Then came Adguard for Android. It has an app on/off firewall that allows for sessions: if YouTube is disallowed and you click a link for a video, Adguard will notify to allow for that (dismissing the notification maintains the block).

Adguard includes phishing and malware filtering and 38 ad and purpose filters (many language/locale specific). I’ve found just the Mobile Ads and Spyware filters provide the most effective privacy and protection.

All connected apps are protected and by popular acclaim and editorial content, Adguard builds the best privacy/protection filters money can buy. (A free version protects supported browsers only.)

And no, I don’t work for Adguard.

I also use Sophos Mobile Security for all the other stuff needed to smack Android into civility.

I’m a GlassWire customer and use Basic and Pro on two Windows 7 and two 10 systems, about a year and Free for quite some time before that. Not a day goes by I don’t dig through it.

I am also grateful for the free Android app on my Nexus 7.2 tablet and Moto G3 smarty pants phone (4.4.4 and 6.0, respectively). I have been and still use eolwral’s OS Monitor for a quick and dirty view of connections but it’s GlassWire Useage and Alerts that really work for me. And the Data Plan component on the Moto G3.

That is to say:

My Adguard commentary is in no way meant to be critical of GlassWire for Android in any way but to address geasoi’s suggestion. And for subsequent viewers of this topic. I don’t perceive Adguard to be a competitive product but if this posting is against policy, delete it.

Thank you for your detailed response and feedback. We’ll investigate these other tools as we continue to build out our Android app with its own unique features.

What kind of management are you looking for exactly? Do you mean you want GlassWire to keep track of your phone calls by phone number and time?

Any features planned to implement in the android app to view the IP address.
I’m missing this feature in the android but I love the windows app solves all the purpose:heart_eyes:

We’d love to do that, and I want that feature for myself. Unfortunately Google has made the amount of battery any background app is allowed to use very strict lately, and looking up and saving hosts will use more resources.

If our app is getting killed by the Android OS and can’t run at all then it won’t matter if we can get hosts or not unfortunately.

@Ken_GlassWire thanks very much for the information.Iam not an expert to comment but will removing the optimization from the android app will do any good? Because most of the app ask to remove optimization so that they can run in the background.

Moreover the app such as No Root firewall by Grey Shirts do show logs and IP address of each app connected to.

Plz have a look into this

I will check that app out again, thank you.