I noticed that the scaling of the bandwidth graph is off when the scaling switches from KB/s to MB/s due to changing the shown interval.
In the screenshots you can see roughly the same interval. The scale on the KB/s graph looks plausible to me matching my 6 Mbps connection speed.
When the scale switched over to MB/s the smoothing looks good, but the scale doesn’t match. As you can see the maximum peak in the middle changed from about 700 KB/s in the first image to about 18 MB/s in the second image.

Or am I misinterpreting the graph? 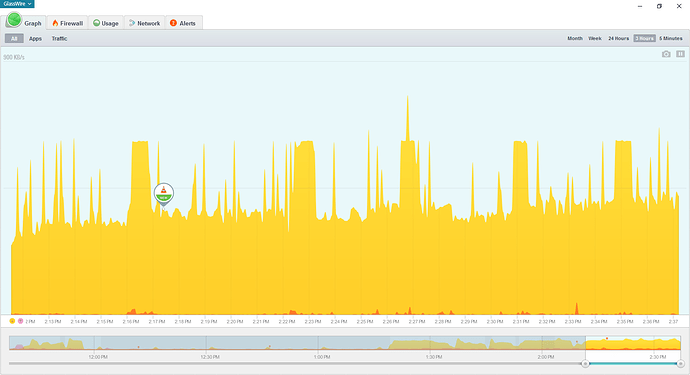 so here is the second image 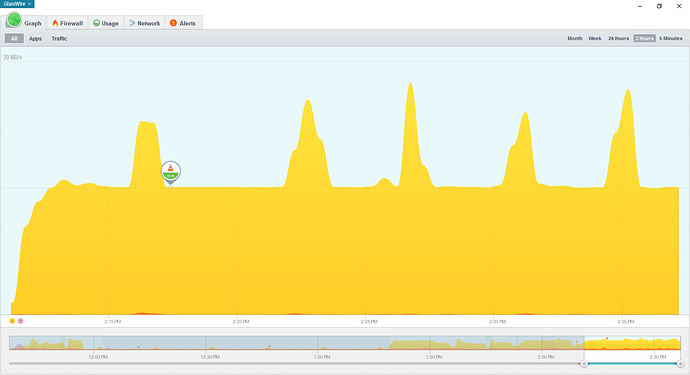 Thanks for reporting this. We’ll try to recreate this on our end and see what’s going on. Looks like VLC?

Thanks for your response. Yes, that was VLC first time connecting to the update server.

We confirm this is a bug. We’re working on a fix. Thanks for your report.

Sure. I’m glad I could help.

Maybe this is the same bug I saw recently… I was using SSH to move 860 MB of video between two computers on the same WiFi G router. Took about 14 minutes, so about 1MB per second. The router showed 9.2 Mbits going across: 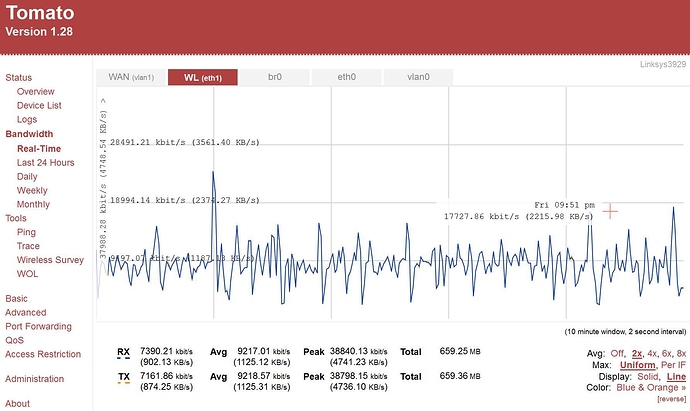 PerfMon in my system tray showed more like 7 Mbits, but it is always lower than the router graph. In GlassWire, the number depended on where my view cursor was set! Zoom out to show more time, and the download value under the top graph shows “63MB” - which is totally impossible via WiFi G. The top left scale of the top graph is only “40MB”: 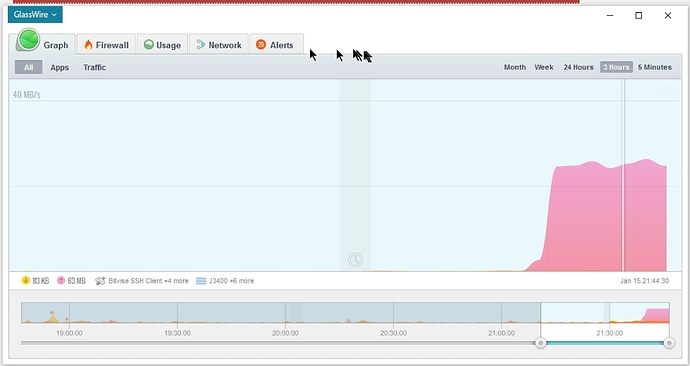 When I zoomed in to expand the current action, the top scale stayed at 40, but the same cursor location now showed “33MB”: 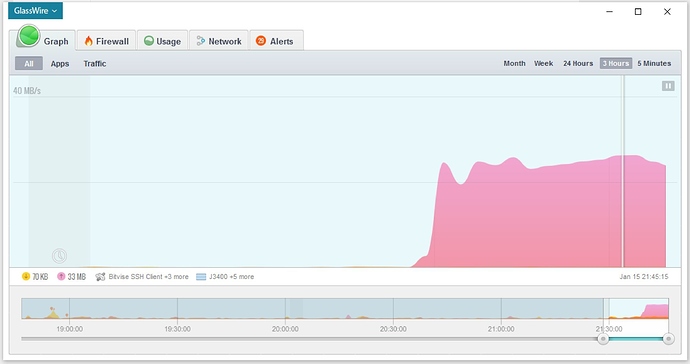 After making the screenshots, I discovered the change happened suddenly, at a specific point along the bottom slider. Actually, the change is not my original issue. What I was trying to understand is how GlassWire can be anywhere close to those values! The router’s report of 9.2Mb or 1.1MB seems reasonable for a two-way transaction on WiFi G. If the values shown in GlassWire are actually Bytes rather than bits, they are 30X or 60X the real speed! Even if they are really Mb instead of MB, they are 3X or 6X reality.

Have I missed something?

If the values are actually bits, which is how I think most people measure network speed, the legends should use a lowercase ‘b’…

Maybe it’s a similar bug. We’ll investigate and try to reproduce and fix this. Thanks for your detailed report.