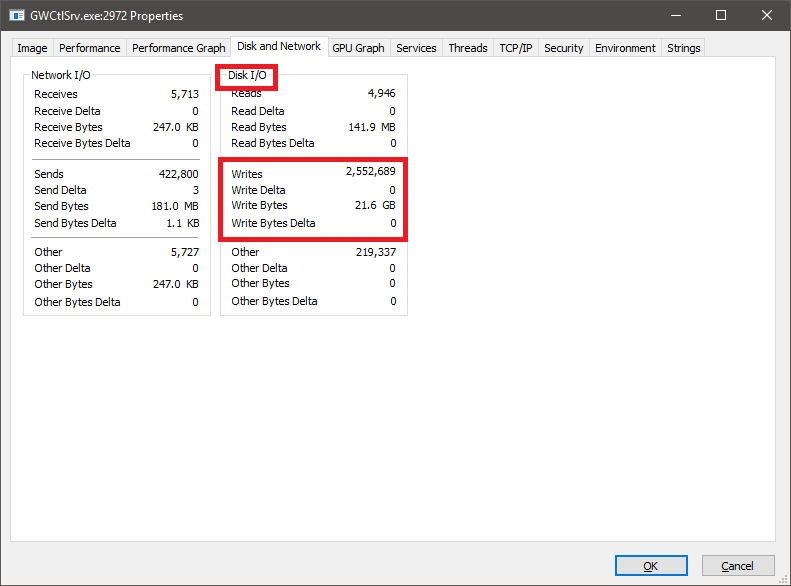 That will shorten the life of your SSD’s for sure. Interested in following this thread.

This is covered in detail in the threads below. We are creating a new version of GlassWire that does not log hosts.

GlassWire does have to write to your hard drive to collect hosts/data but it depends on your network activity. If you use something like Bittorrent with enormous amounts of hosts you could switch to our “Incognito” mode temporarily.

Also please note our Android software does not log hosts/traffic types, so its SSD usage is minimal.

After the reports of Spotify causing excessive writes to drives recently, I decided to check my own system. Well Spotify hasn’t been a problem for me - but GlassWire is. My current system uptime is 46 hours and GlassWire has written 375GB of data. [image] Checking HD Sentinel shows that my SSD’s total host writes number has been spiraling out of control so this is not an error in Process Explorer. [image] I’ve also had problems with GlassWire’s log files ballooning in size - often to tens …

they kinda’ aren’t google published a paper a while back detailing the SSD reliability in their data centers one of their findings is that when SSDs go, they go without warning I can’t post links here, yet … google this: The FAST 2016 paper Flash Reliability in Production: The Expected and the Unexpected page 67 (78 in the reader) KEY CONCLUSIONS Ignore Uncorrectable Bit Error Rate (UBER) specs. A meaningless number. Good news: Raw Bit Error Rate (RBER) increases slower than expected fr…

I am not using hosts file though, C:\Windows\System32\drivers\etc\hosts has not been modified since April last year.
Not using bittorrent either or any other p2p, the only thing I could think of is it could be somewhat related to VPN software or browser’s uBlock Origin.

I will look forward to the new version, will try move the log/stats as suggested in the other threads.

Thanks for your feedback. We plan to improve this for GlassWire 2.0.

when is GW2.0 launching? keep hearing this unicorn 2.0 version but … hmm

I’m not sure… we are still deciding on the final features.

deciding on final features?!!? that means launch is no where near 3months away

Nah, we are deciding how host/hostless versions of GlassWire will work. Basically it’s just removing something and figuring out how to let people turn it back on if they want.

What is the name of the software you used to check how much disk i/o writes glasswire have performed? 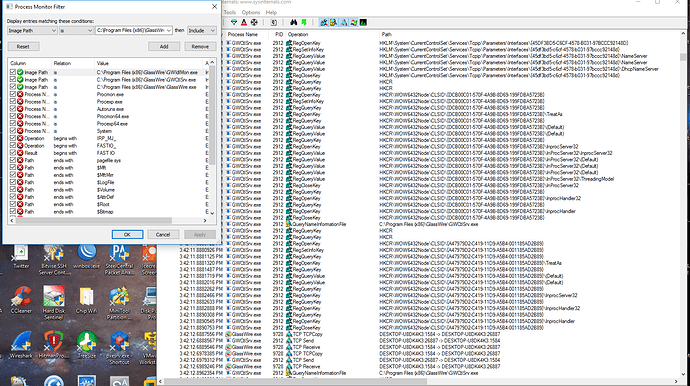