Glasswire is counting the data going through the VPN and all the other data apps normally use. Is there an ETA on a possible fix for this? I found a forum post from over 2 years ago talking about the same thing.

A VPN can use a different amount of data depending on the protocol used. I think OpenVPN uses SSL and I’m not sure how much extra data it uses, but I think a VPN will always use more data than a normal connection.

I know that. I download a 1GB file through chrome. Glasswire detects openVPN as using 1GB and Chrome using 1GB. That means in total it shows my computer of using 2. While windows data usage says openVPN only used 1 and chrome hasn’t used anything. It is showing double the usage. OpenVPN is about 50% and everything else makes up the other 50%.

Thanks. Is this on desktop or Android?

Desktop. Picture showing what I mean.

Here is a post from 2+ years ago about it.

There was another topic about this but that’s still unsolved. OpenVPN daemon is always a little more than other apps combined. And that has to be the total data usage, but GW adds other apps usages on top of it. So I think it’s showing more than actually used. Here’s screenshot: s14.postimg.org/i0esq980h/GW_data_usage.jpg What do you think?

There should be a way to permanently hide a process glasswire detects. I know there is the hide/show button but on restart it defaults to showing it. The amount a VPN uses almost negligible to the total amount of data going through that I wouldn’t minding hiding it.

Or Glasswire could do some quick math. Detected OpenVPN data-all other data=amount of data OpenVPN is actually using. Then replace the detected amount with the new amount. I’m no coder though. 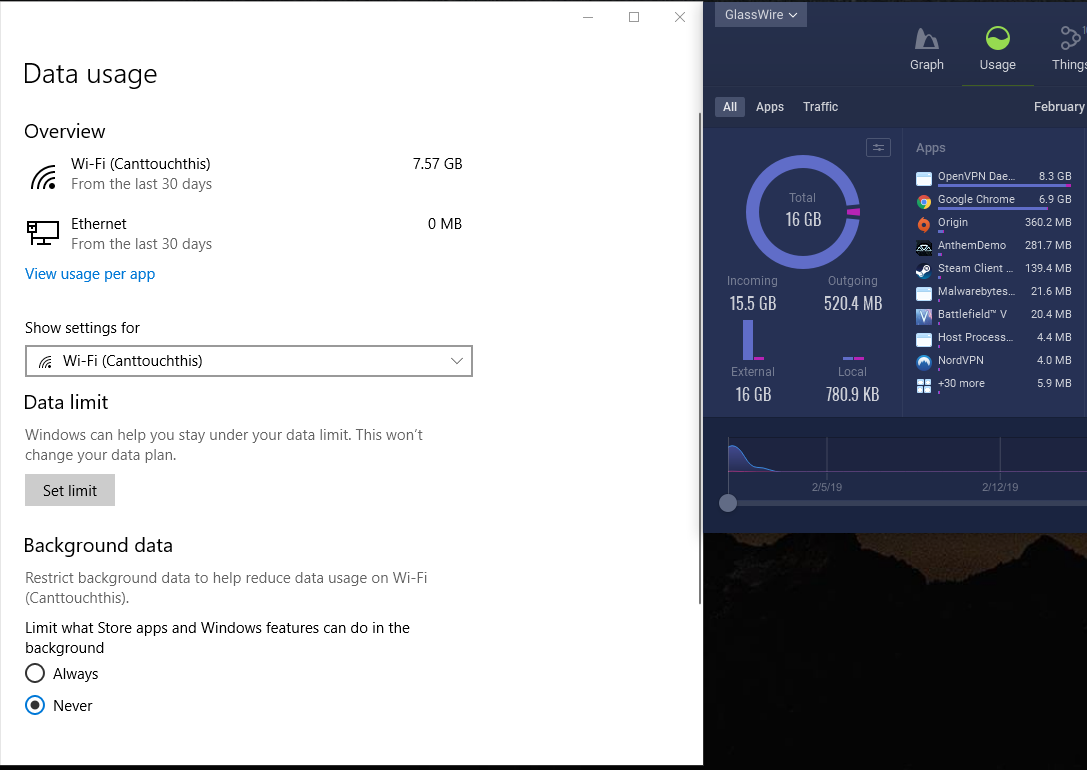 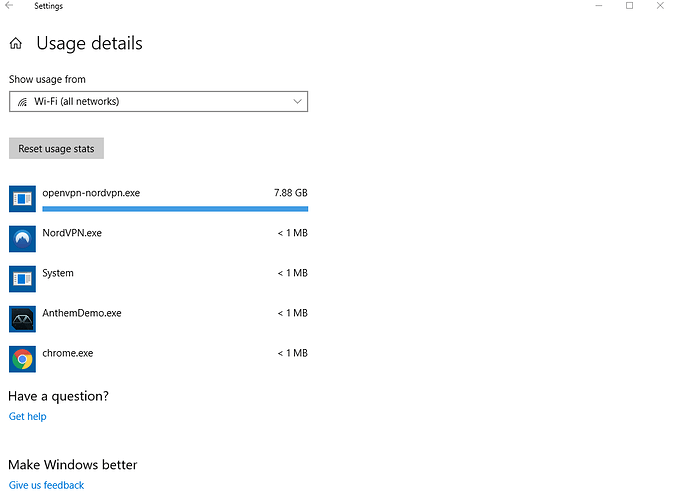 Any possible update to this?

Thanks for the screenshots. If you tap the top left icon under “Traffic” are you showing local and external traffic? Maybe this can explain the difference.

We use a Windows API for data usage counting. It’s the same API that most other network related applications use and it’s accurate.

Showing both external and local by default.

Changing it to local shows just a handful of megabytes. Local doesn’t show the openvpn app. I just checked the past 24 hours data usage on glasswire (total including openvpn) against the last day from my ISP. The ISP shows roughly 25gb used while glasswire shows 46. OpenVPN has used 24 according to glasswire.

Here is an article that explains how GlassWire counts data and perhaps that can help your testing.
https://blog.glasswire.com/2016/06/15/glasswire-network-monitoring-accuracy/

Sorry, the top image is broken actually but it will be fixed shortly. We recently moved some of our infrastructure around.

Thanks for your detailed info as we continue to investigate this issue.