I would like to see average speed (up/down) displayed in Glasswire, and in the logs (weeks/months) as well

We have the speed under Graph/Apps, but I think you are talking about something else? I’m not sure I understand 100%.

In Graphs/Apps section I only see amount of MB uploaded and downloaded but not min/max/average speed.

I would love to see extra columns added with min/max/avg. speed 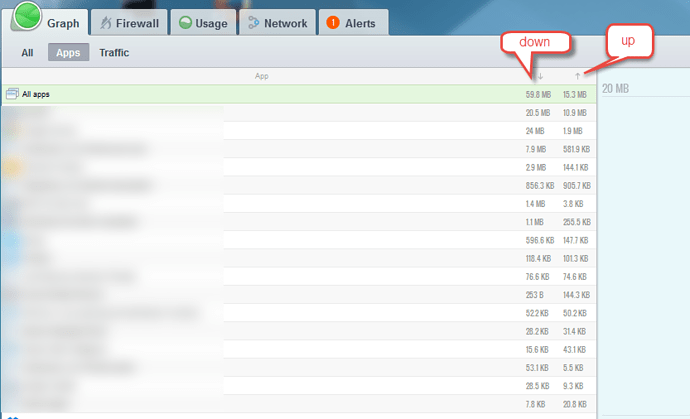