This morning we released a GlassWire update with many bug fixes. We appreciate all your detailed reports in the forum, and to our email address so we could find and fix the issues you found. 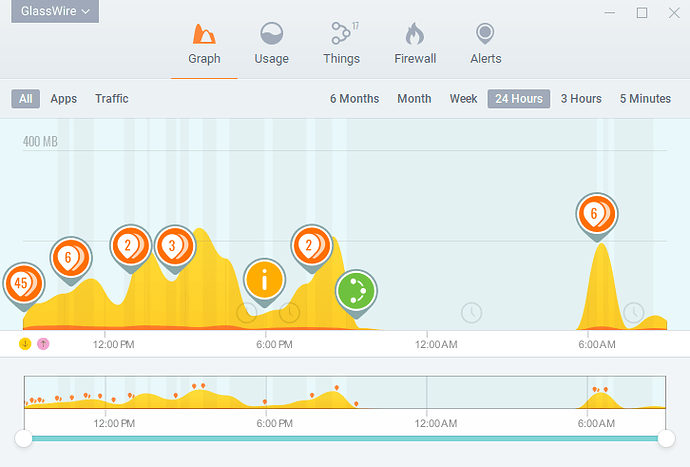 Find an issue with this update? Feel free to reply here, or start a new thread. Please include details about your Windows OS version and make sure you’re using 2.2.210 NOT 2.2.201 (our previous version).

Yes, sorry, the numbers are just switched and they are almost identical.

I messaged you privately to assist you.

Thank you for the updated fixes, Glasswire Team…

GlassWire is very delayed with notifications, I don’t remember the last time it actually notified me of an update, I usually just check the website every so often.

You go to https://www.glasswire.com/ and download it just like you downloaded it when you first got it, during the install it will automatically remove the old version and update to the new one, just make sure you do not have the “clean install” option checked (it should already be unchecked by default) and it will keep your network history. If you want to or have any issues relating to it you can select it to reset your Firewall and it will simply regenerate the rules (this is about the Windows Firewall, not the one in GlassWire).

Well, I ask this as the latest beta did test the update notification feature more than once

We plan to notify everyone of the update probably around July 1.

Great, thank you for the answer

No problem with the update… thank you !

It is a good news friend

Although the main issue with GlassWire freezing when using the Graph is gone, it still sometimes happens, I am not sure what exactly triggers it but it happens multiple times a day after I go to clear the alerts and then go into the graph view and go to check traffic for a specific point in time.

Edit: It just happened again, went into Alerts, back to graph and it freezed while moving the pointer thing around.

I’m very glad you brought this up!

I happen to be testing a completely new version of GlassWire with a graph that’s completely redesigned to use extremely minimal resources. You can even go to its settings and make the graph run off of your GPU if you prefer to decrease its resource usage improvements even further.

I think this update will solve your issue. Please be on the lookout. 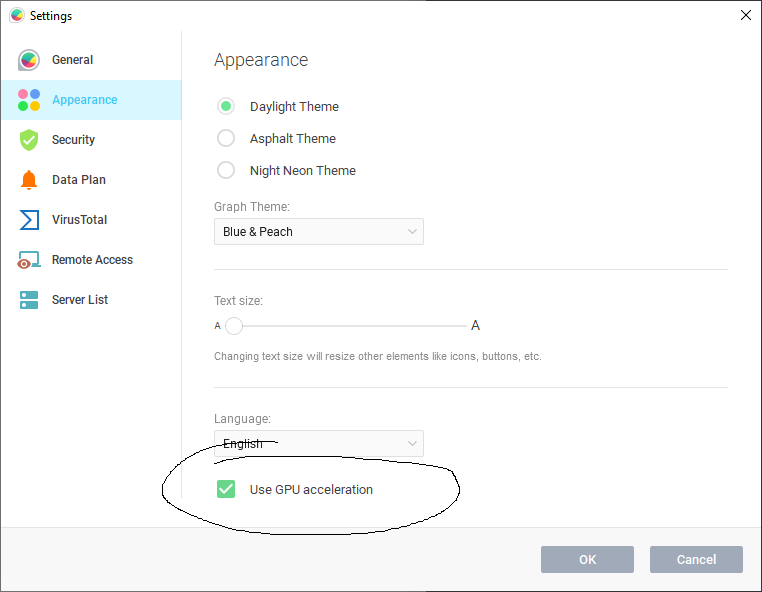 Eagle eyed GlassWire users may also notice a difference in the main window. 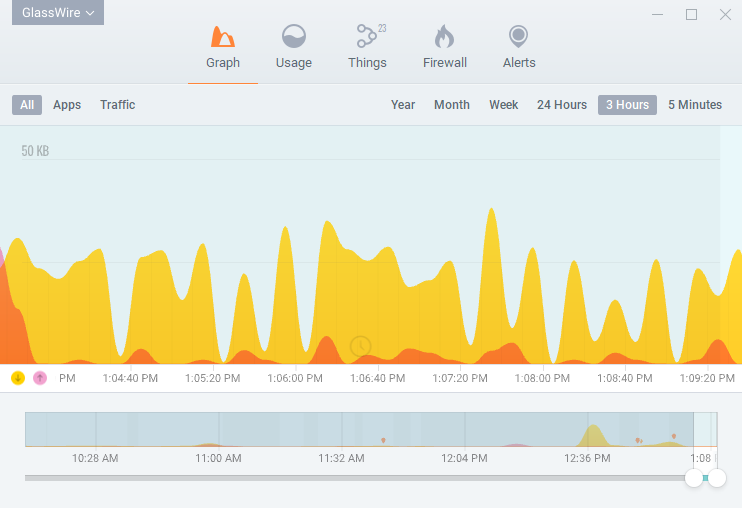 Okay @Ken_GlassWire where is it? I want to do some testing as well.