Glasswire asks for permission every time Internet source is changed

I was on LAN (Ethernet) Internet and set up all necessary apps to have Internet access through Glasswire. Once Ethernet connection dropped and I switched over to Wi-Fi, now Glasswire is asking me to allow apps that I already allowed/blocked again. This happens on each hardware change.

This causing duplicates to be created in Glasswire rules, screenshot is below: 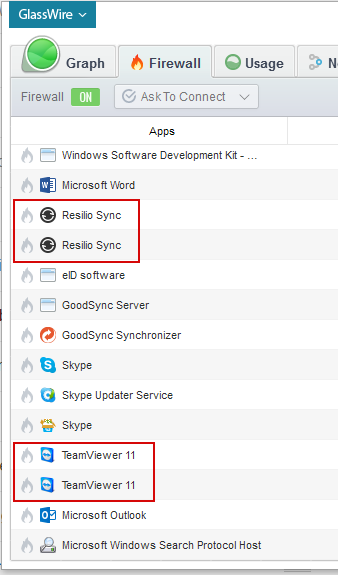 We have never seen this before. What version of GlassWire are you using? Please go to the top left GlassWire menu and choose “about”.

Is there anything unusual about your setup?

When you say hardware change, did you recently change your network hardware or what do you mean exactly? 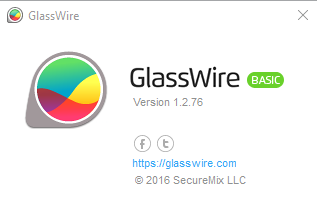 As new users can’t post over 1 image per post, I am continuing in next posts with some screenshots.

After switching to Wi-Fi I continuously getting spammed by Glasswire notifications about allowing/blocking app to access internet. Some screenshots: 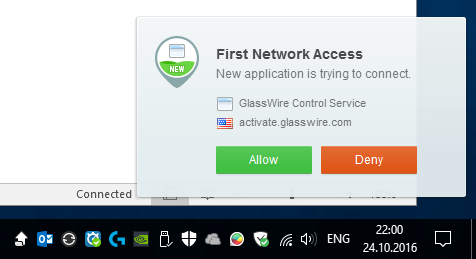 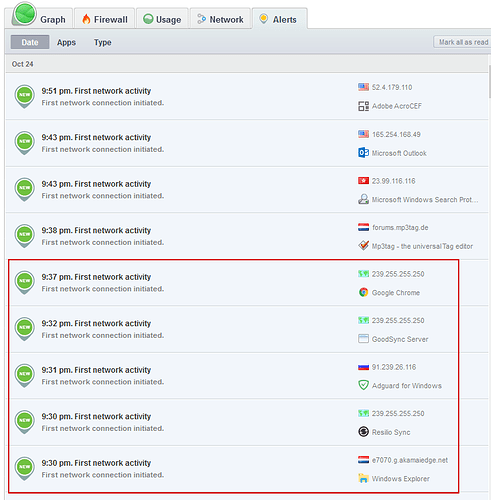 Unfortunately there is not possible to click on table title to sort apps A-Z, but at least here you may see Resilio Sync is now allowed 3 times. 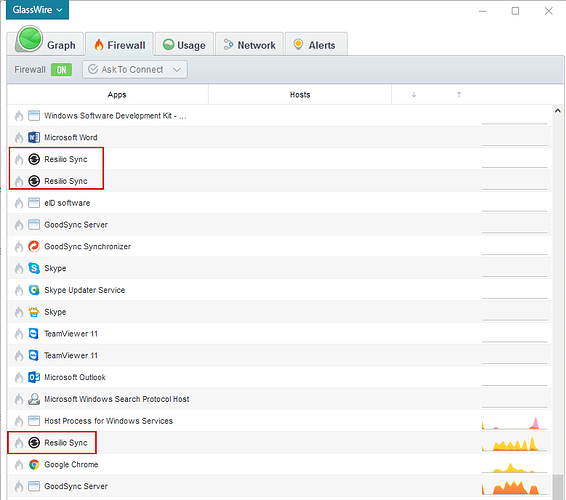 Regarding hardware I was initially running over LAN with old drivers. Just a fresh OS (Win10 Pro) and Glasswire installed for security. Then I updated LAN drivers to latest version. After LAN went down, I plugged in Wi-Fi card and now running over Wi-Fi.

We will test and try to reproduce this on our end. Thanks for your report.

In case you have some “debug” version of Glasswire which generates logs data, just let me know. I can install it and try to reproduce issue on my side if needed.

Anyway I am open to help. Let’s make Glasswire the best software firewall on the market.

Thanks for your offer. It may be necessary at some point, I’ll let you know what we find out. Thanks!

Just informing that issue continue to appearing. I did PC shut down yesterday. Today I turned my PC on. My Wi-Fi connection is set not to connect automatically. As my LAN connection not fixed yet, I connected to Internet via Wi-Fi again. As you may see from screenshot below, Glasswire is asking for permissions again for already allowed applications: 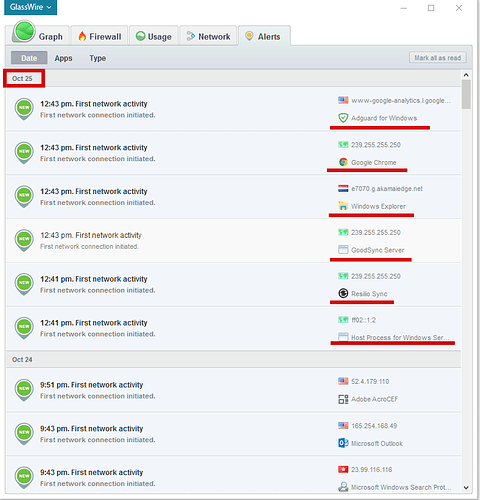 So I have now 5 allow rules for Resilio Sync app for example.

Our dev team has a request.

Please make a screenshot of the Resilio Sync popup window with details for each duplicate of this app on the Firewall tab. We need to know the app path of each entry, since we distinguish apps by their paths.

If you don’t feel comfortable posting it here no problem, just email it to us.
https://www.glasswire.com/contact/

@Servo_GlassWire here are screenshots, hope they contain required info. If not, feel free to ask additional screens if needed.

This is actually initial installer:

This is first popup for installed app: 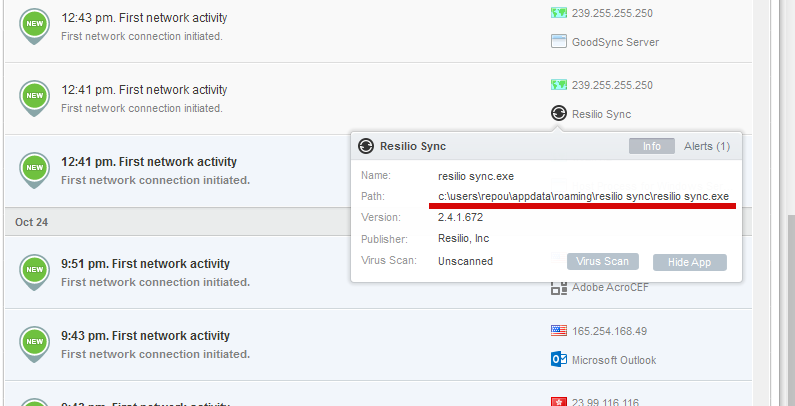