I have attached three screen shots that demonstrate my question. It seems that the “Open File Location” selection is sometimes grayed out. Is this supposed to happen for certain files? I was able to locate these files myself using Windows Explorer, so I know they exist. Thanks for assistance. 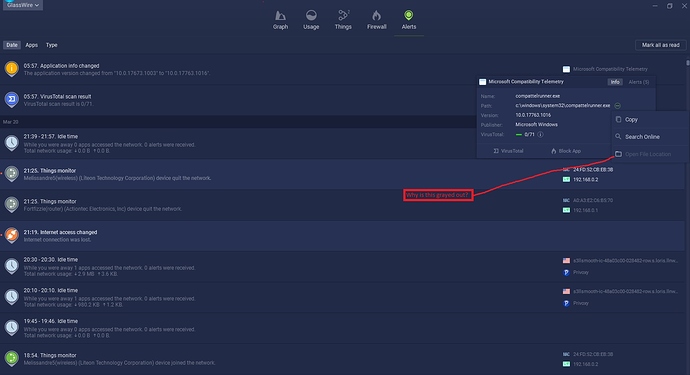 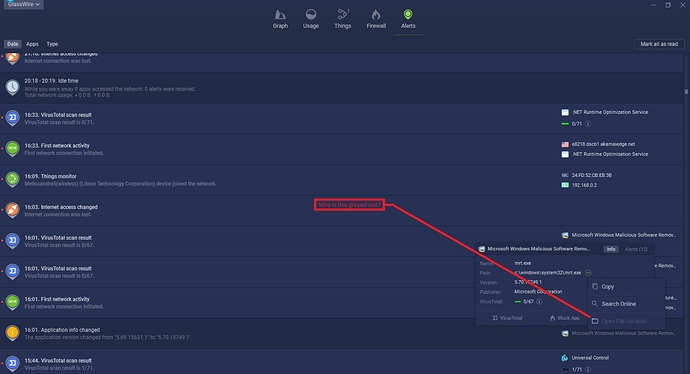 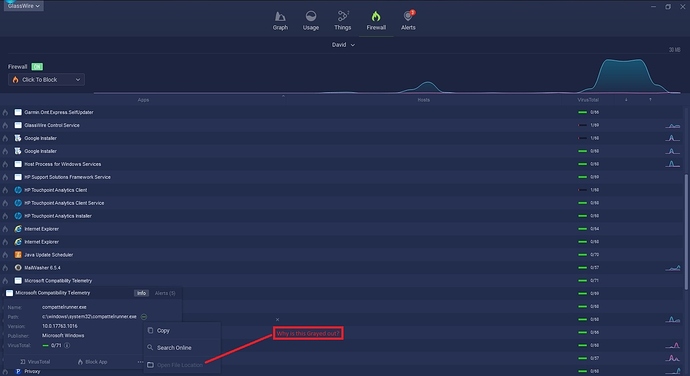 Interesting! I reported it to our UI person. Thanks for finding this.

Our team suggested that the file no longer exists on your PC (although it did at one time). Is it possible to go to the shown location manually and confirm this is the case? Thanks!

Hi Ken,
The attached screen images show proof the file currently exists. Additionally, my Windows user account as well as the SYSTEM account have full privileges on the file and its path. Thank you. 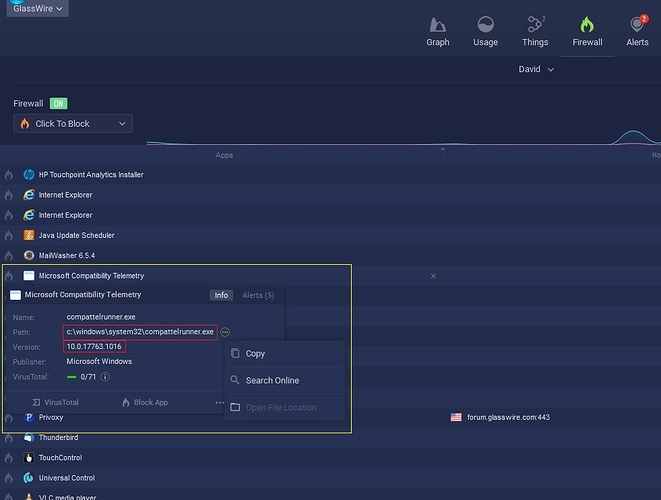 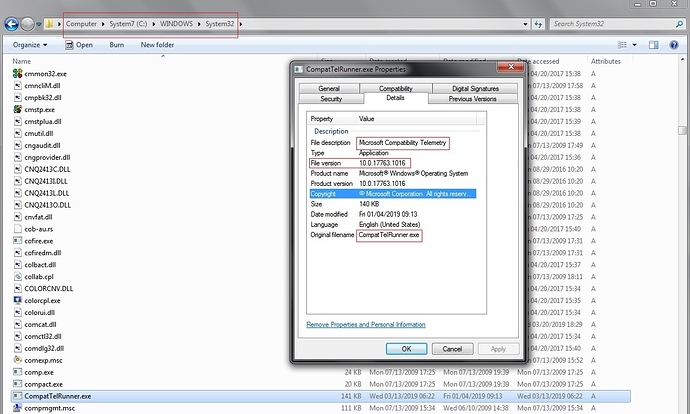 I can confirm what @csdfg2 said above. I have access to all the files where the Open File Location (OFL) option is greyed out.

Edit: I also have the Windows Folder Options View settings changed from the Windows defaults:

The following shows you what I’ve observed.

OFL does not appear if folder does not exist

Here’s an example for software I have uninstalled where the file and folder no longer exist the option to open does not appear: 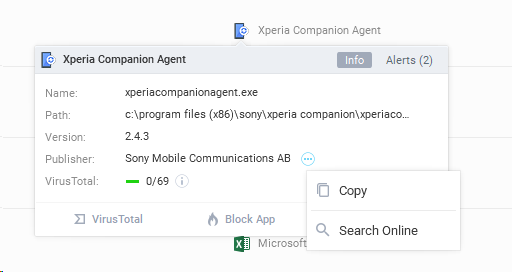 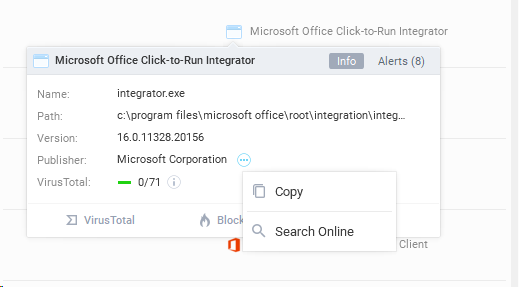 OFL greyed for file does not exist but folder does

Here’s an example of software that no longer exists but the folder does so the option to open appears greyed out: 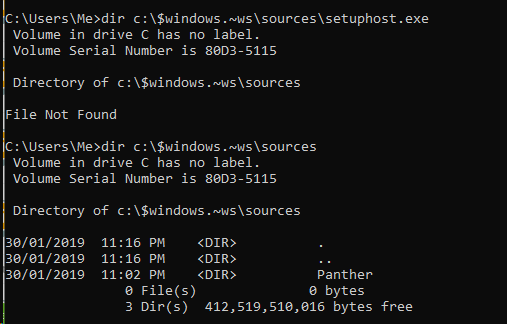 I wondered if it was only for the windows folder. It isn’t as these exceptions show.

I thought that it might be the Windows system folder always greyed out on c:\window\system32. Here’s three examples:

But I found I found an alert for First Network Activity for this fixmapi.exe program which I do get the option to Open File Location:

Edit: So I guess that the Windows API’s used by GlassWire default to protect some operating system files but not fixmapi.exe which is an email utility described as “FIXMAPI 1.0 MAPI Repair Tool”.

Here’s a thought: When GW determines a file or path does not exist (and so reports that OFL is not possible for the displayed path and file), is it checking the actual path location and filename for existence? Or is it instead checking a cache whose path and name information might no longer be valid, such as in the midst of an application update? Does GW also care about changed file version numbers when it decides OFL is not available? It seems that just before I noticed this OFL problem, Windows updated the file in question (compattelrunner.exe). See attached image of the Alert when the update happened. Could GW be checking for the file’s old version number or location, instead of the current one?

We found this and a fix will be available in the next update. Thanks for your report!

I will look forward to that update. Thanks!