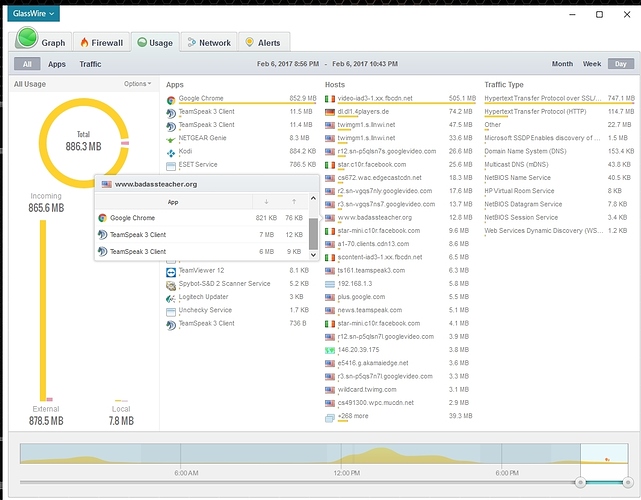 I don’t have any experience with TeamSpeak, but from what I understand it uses self hosted servers. This means that anyone can host a TeamSpeak server. Therefore your TeamSpeak software is connecting to a TeamSpeak server hosted by this education website. But this may not be a real education site since it has a bad word in the title. I’m thinking most parents wouldn’t want their kids to see that.

How does that hosts information work is that reading off the host file ?

We use a Windows API to monitor network data and the data is accurate.

I have an idea on what it could be. Maybe that IP also hosts that site, but it’s used for other things. Sometimes with hosts like Amazon AWS or Cloudflare they will change IP addresses a lot so it will show different host names for different IP addresses.

Maybe the IP was used for a TeamSpeak server, then it reverted back to that site after it was done. If you’ve heard of the site then maybe he just visited the site and forgot or something like that?

Also under the “usage” tab it isn’t live data. That’s overall data for the time period at the top of the Usage tab. So it doesn’t mean you are currently on that website for it to show up there. You could have visited it before.

The “Graph” tab is live data.

anywho other than this weird stuff loving the program