[SOLVED] 1.1.50b Issues with Usage views and old alerts

I’ve installed 1.1.50b on two computers (Windows 10 64-bit) and thee are two issues with the Usage tab. The screenshots are examples from Computer 2.

1. The Year view has no data as shown below: 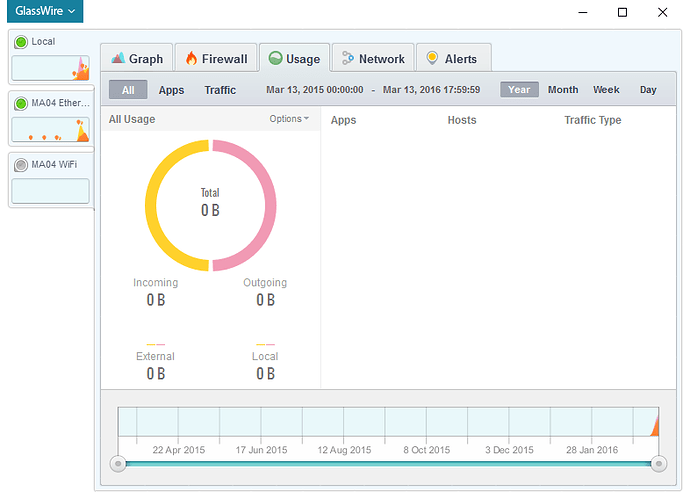 2. The Month and Week view data match but do not match the Day view which shows more data: 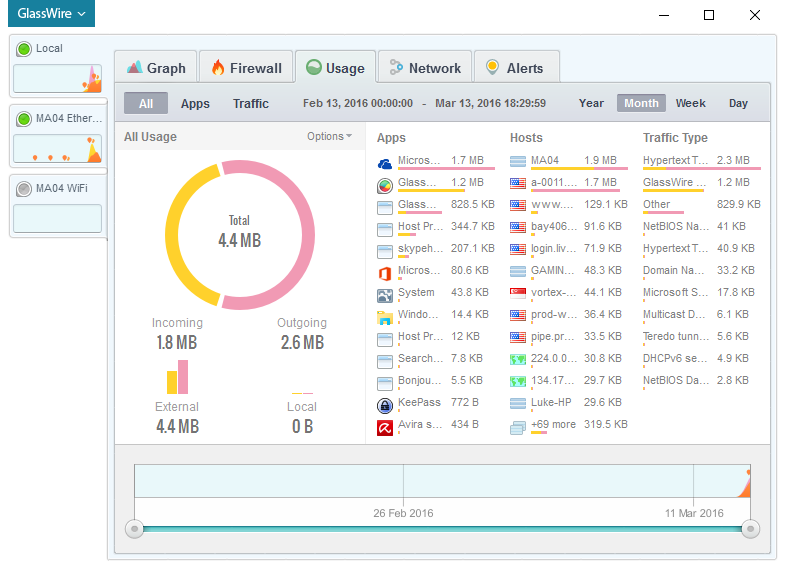 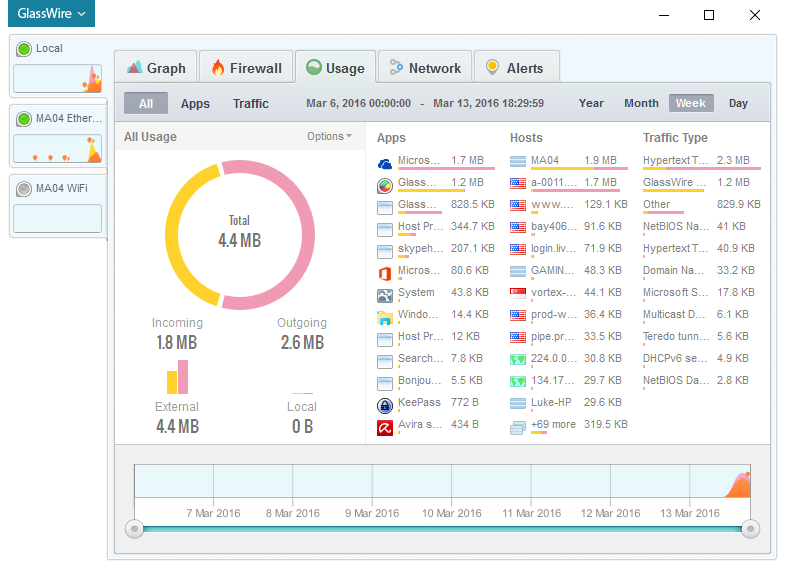 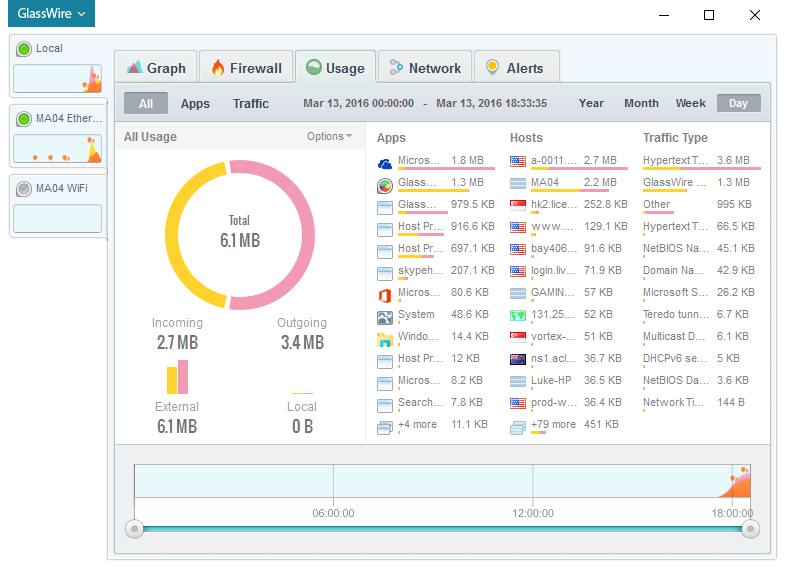 3. After uninstall, and install, the old alerts reappear for Computer 1 because I didn’t select “Clean Install”.
I’d expect an uninstall to remove the data or to provide an option to do so now that we can install over the top of a previous install.

FYI, I installed each computer differently
To install 1.1.50b on Computer 1:
Uninstalled 1.1.47b
Restarted computer
Installed 1.1.50b with once change from the defaults: desktop icon unchecked
Started GlassWire (no need to reactivate or enable remote server)

To install 1.1.50b on Computer 2:
Uninstalled 1.1.47b
Restarted computer
Confirmed GlassWire folder was removed
Used CCleaner to remove all registry references related to Glasswire
Installed 1.1.50b with options set as follows:

I restarted the system which fixed this problem on both PCs.

I’m not sure if we are still expected to restart GlassWire after installation?

I cleared the data using Settings > Clear History: All > Clear

The same issue remains: the Day usage remains more than the Week, Month and Year usage. Again the Year usage is zero but I presume it will update correctly later on as it did before.

Reported to the team, thank you.

The Year Usage has updated but is different than Week and Month and all are different to Day:
Day: 9.3 MB
Week: 9 MB
Month:9 MB
Year: 5.7 MB

I see the same type of numbers in all 3 Tabs. All, Apps and Traffic

I’ve seen the same anomalies that Remah has reported when comparing a machine with a new install versus the same machine with the new install after it was rebooted following the install. I don’t think I can trust any information on 1.1.50b (or any test version) unless the machine is first rebooted after the install. I think this needs attention and perhaps the reboot should be required – perhaps as the final step of the install. Awkward yes, but better than misleading info.

We are working on solving this problem. This problem isn’t related to a reboot.

Ok, thanks. It certainly is preferable that a reboot is not required.

Interesting that now my usage stats appear to be the same for Year, Month, and Week. For example, the App GlassWire, which was different by 0.1MB between the views is now matching on all three.

It is possible that there still remains a small difference that will reappear at a rounding threshold.

@Remah What version of GlassWire are you using right now? Thanks!

A difference is now visible again on Computer 1 but Computer 2 shows no difference at the moment. So it looks like the difference is fluctuating. Is this issue related to the slow updating of the Usage views?

The Year Usage is still different to the Month and Week. The Incoming Usage is up in the GB so the difference is only visible in Outgoing:
Year 475.3MB
Month 475.7MB
Week 475.7MB

Mine did the same but after a couple of days they are showing differences. The slow update of the Usage is fairly frustrating. Starting at Day and moving across, it’s usually ok, but by Unlimited, it can take a very long while. And then going back to Day will often take much longer.

The speed of the Usage update appears to fluctuate a lot, but

This problem will be fixed in the next test version. If it’s not let me know.