With Glasswire no data sent in Ookla Speed Test

When running ookla speed test no data is sent when glasswire is working, the test measures the speed of incoming data, but never begins uploading, when i disconnect glasswire, the test works OK in both ways, download and upload data speed. Using notebook HP 240 g5, windows 10 version 1607. I´m not using glasswire anymore for this reason.

It sounds like our service is stopped, or has crashed.

Please uninstall GlassWire, reboot (it’s important to reboot!) then reinstall using the “clean” installer option with our software. I apologize for the problem.

We use the Ookla speed test ourselves for testing our usage data accuracy, so GlassWire should always show accurate data when it’s running properly.

I uninstalled, rebooted and did clean install, then ran the test five times. Only the second time works well, again, when glasswire is not working, the test is completed without problem. Weird.

I´ve discovered a very weird behavior:
–Ookla test fails in Chrome, but when I run it in Edge, works ok.
–So, open again Chrome, and the test runs ok too, until I bring Glaswire to foreground, then the test fails, until I open it again in Edge.
I think there´s a bug.

Do you use any third party software that kills Windows services in the background?

I use Chrome, and GlassWire picks up all network connections. We use a Windows API for the data and it’s reliable, so it’s unlikely GlassWire would fail to pick up one application but pick up another due to the way the API works.

One possibility is that the GlassWire service is being killed somehow.

Are you seeing any .dmp files on your desktop?

No dmp files, I use AdGuard, only filtering browsers, no glasswire, and Avast premier. No other app. Is a brand new laptop. Just to clarify, when I say the test fails, I mean it freezes after the uploaded data speed measurement, so is not completed, never updloads data. Is not that it finishes and glasswire fails registering it. So maybe the bug is in the Chrome side.

Yes, if there is an error GlassWire will put a .dmp file on the desktop that you can email us optionally, but we do not collect any logs remotely and we have no ability to access your personal data on your PC. GlassWire only checks for software updates and updates its suspicious host list, and these things are optional. You can make GlassWire block itself from accessing the network.

If you disable Adguard does it make any difference with the testing? Could you email us some screenshots of your graph from the speed testing failure?

Please include the steps you made so we can try to reproduce this.

Mail sent. Thanks very much

Just out of curiosity, do you get the same issues from their way better HTLM5 version? 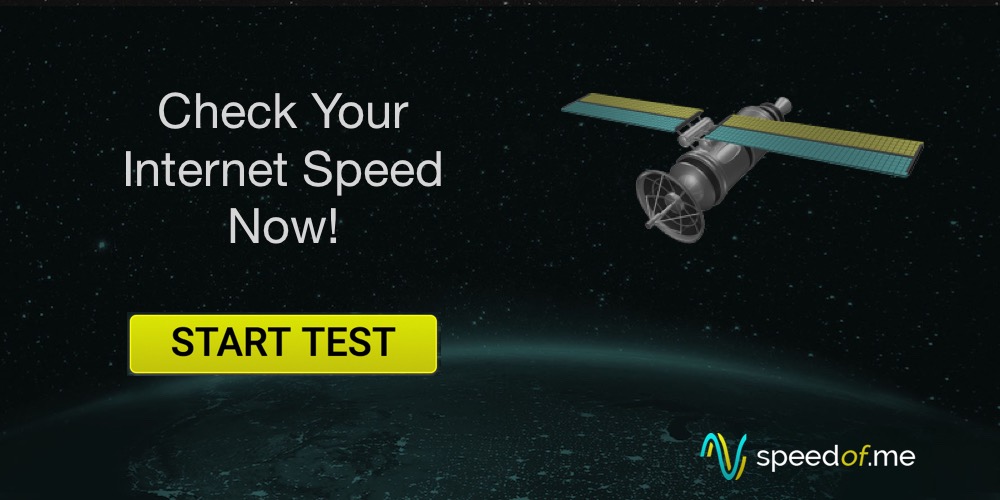 SpeedOf.Me, Internet speed test for all your devices

SpeedOf.Me is an HTML5 Internet speed test. No Flash or Java needed! It is the smartest and most accurate online bandwidth test. It works well on iPhone, iPad, Android, Windows and other mobile devices, as well as desktop computers.


is the latest and greatest and unlike speedtest uses https. So your ISP can’t tell you’re checking up on them.

Yes, I use Chrome that don’t admits Flash anymore, the problem is that it should work flawlessly.

Thanks for those links.