I hadn’t looked at GlassWire for days. When I checked today there was no data presented for nearly four days from about 8.00am Monday 25 April. During that time the laptop was always on and running.

I restarted my system which restarted logging but Glasswire hasn’t displayed the missing data. 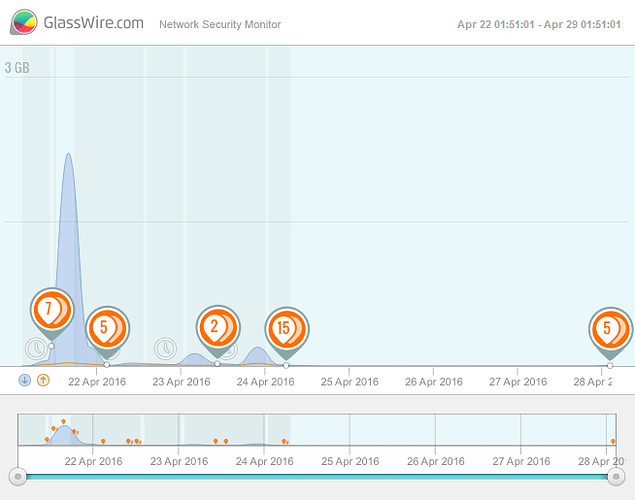 Before I rebooted:
Glasswire services were still running.

There was nothing unusual that I could see. I checked the Windows event logs. About the time data stopped recording an iphone was attached to the laptop which nobody was otherwise using.

It looks like maybe the service stopped working for a few days? Did you stop the service or install some software that might have stopped the service?

Glasswire had been working fine when I last looked on April 22 and 23 - I had posted two issues in this forum so I was viewing the graph, usage and alerts a lot.

I did not stop the Glasswire service. It was still running and not logging data when I discovered the problem. If I had stopped it then Windows would have logged a Service Control Manager event. And when I returned to Glasswire, I would have to get Glasswire to restart the service because it doesn’t happen automatically from the desktop application. 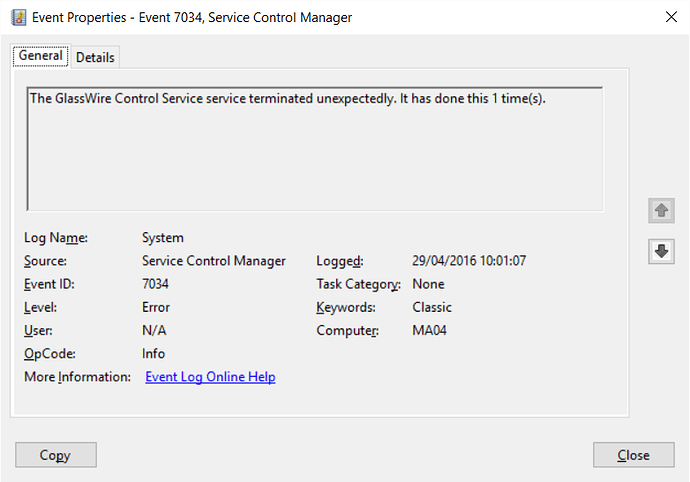 I did not restart the computer during the time no data was gathered.

I installed no new software The last install was Last.fm on 1 April.

The iPhone was actually plugged in at 9.36 so it is unrelated. I had checked to see if the problem started when the Last.fm plug-in ran for the first time in iTunes.

Correction: Glasswire stopped recording about 6.45am.

At the time I had locked my Windows workstation after working for 20 minutes: