After using Glasswire for a while I realized that it should have the ability to clean up old exe in firewall.
I mean the application is not existed anymore and by the time users update the app there are multiple exes with the same name.
Also When there are multiple versions of a software installed, users have to click one by one to see
this exe is what versions of the software. It’s quite time consuming.
Software always has bugs so we need to installed multiple versions of the same software.
Adobe software is an example.
So I suggest:
1 - have a column for showing the version next to the apps name
2 - clean up old exe which not exists anymore
3 - a search box for firewall’s exe to be able to quickly find app with multiple version

Thanks for your feedback. We’ll see how we can improve the app list in the future.

Meanwhile if an app is inactive in a certain amount of time it’s automatically moved to the “inactive apps” list. This list may not exist yet for you if you’re a new GlassWire user.

I second the request for a more intelligent cleanup of old .exes. In the time it takes for some of my exe to be determined as “inactive”, sometimes 3 or 4 updates have pushed out. Microsoft office is horrible for this.

Also, some of my apps are for specialty needs so I only use rarely — I keep them updated but they end up flagged “inactive” too.

So for both of these reasons I can’t just go to the Inactive list and clear it out to clean up my exes. I still have to manually pick through everything. Simply watching for recent activity is an inadequate approach to maintain the .exe list. I do appreciate the “inactive” list for other reasons — but it’s not a good solution here.

Seems like it would be pretty straightforward to just check if there are any lower-version instances of each exe and purge those…what am I missing?

A cleanup button would be awesome, and have it set with a user selected default value.

Nice idea! I will share it with our team.

Hi Ken, would also be good when you remove a rule from GW Firewall it would also remove the rule from the Windows firewall. I think i talked about this some time ago. He is another post talking about the same thing… Thank you.

When you remove an app from the firewall it definitely adjusts the list in the API. I will ask our team if it’s removed completely though… If it’s not removed maybe there is a technical reason why they can’t do it.

Hi Ken,
After doing my testing again, you can see from the screenshots that when you remove an app from the GW Firewall list it still remains in the Windows Firewall list. This leaves unneeded digital gutter and data that should not be there when removed etc. Can this issue be fix in a future update? You should try this test out for yourself to verify what I am talking about. Thank you… 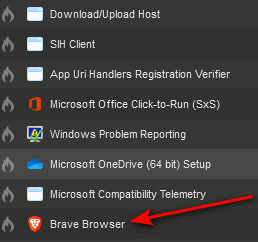 Thanks, I will try to find out the technical reason why we do this. Thanks for your feedback.

Maybe there is a way to remove it completely. I seem to remember this coming up years ago and I asked the team and they gave me a reason for this, but I cannot seem to remember. Also, maybe things have changed somehow since then so we can change it for people who don’t like it.

I like your suggestion. I have been periodically resetting the Windows Firewall to defaults, just in case. And also every time that I update to a new Glasswire version.