Okay, just so I understand correctly here: Glasswire works in concert with Windows Firewall? Not as an outright replacement for it? So that WinFW needs to remain active? It’s a little confusing for me, because I’m an old-school computer user, Apple ][ Basic, DOS, Win3.1 and up, and in the www era, I’ve come across the situation where different 3rd-party security suites BOTH install firewall elements. When you have a firewall completely nested inside another firewall, NOTHING gets through until one layer or the other is taken down, and I was afraid I was encountering this same situation with Glasswire and WinFW. Just reactivated WinFW (after having been nagged about it incessantly for a month) hopefully I haven’t left myself open to harm in the meantime…

Yes. GlassWire gives you an easy-to-use interface to allow or block applications in the Windows Firewall which is now called Windows Defender Firewall.

This question often comes up so I thought I’d write a more definitive reply so others can read this too.

Windows has, since Windows Vista, two built-in interfaces to allow or block applications:

1.1 Through the (old) Control Panel

See Allow an app or feature through Windows Defender Firewall in the screenshot: 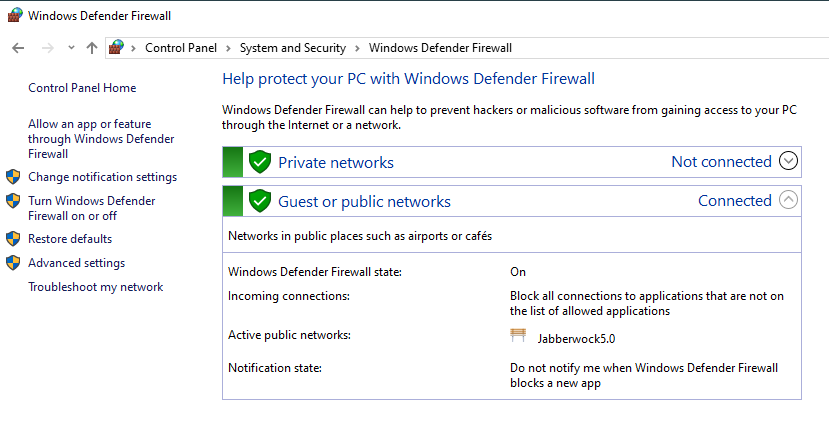 If you want to know more then checkout this tutorial:

If you have your computer connected to a network, or directly to your Internet connection, then having a firewall is an absolute necessity. In this lesson we will discuss the Windows Firewall – one of the best security features available in...

1.2 Through the (new) Windows Settings

See Allow an app through the firewall in the screenshot: 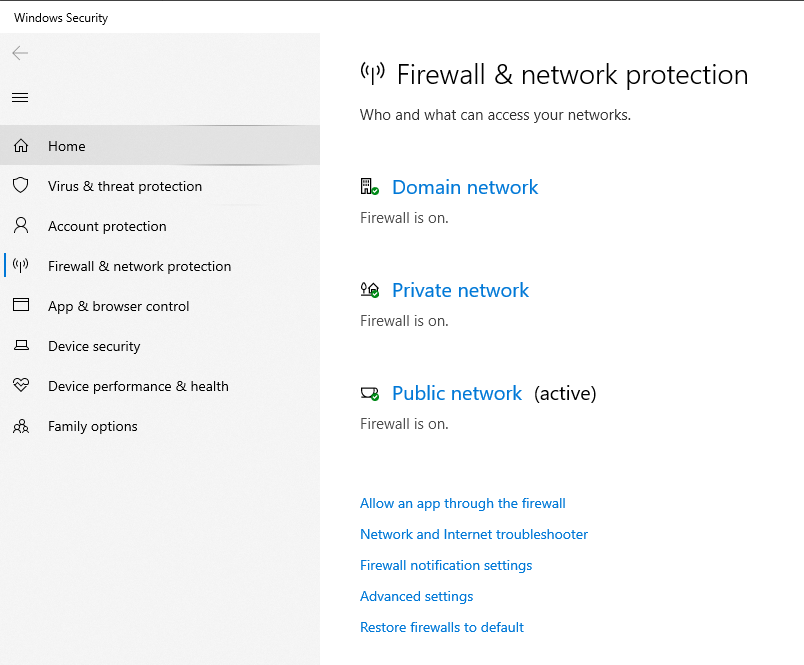 Refer to the previous tutorial because the actual rules to allow or block applications still use the old Control Panel interface.

This is the interface you would normally use if you want to see the GlassWire rules.

You’ll immediately notice that the interface has got a lot more complicated. There are now three places to set application rules in the tree in the left-most pane of the window: 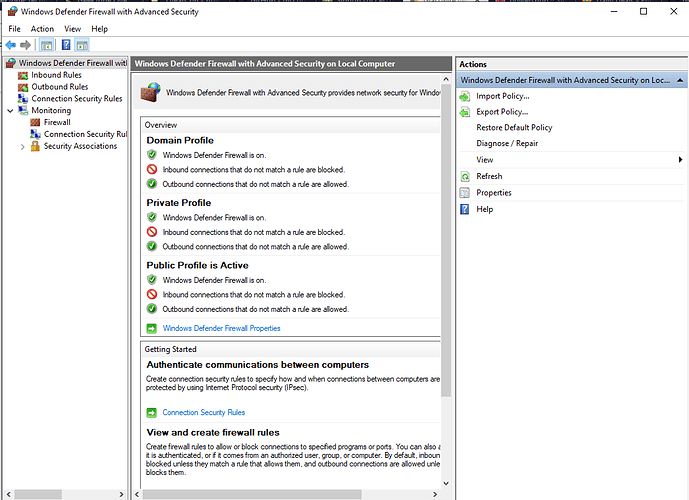 If you want to know more then checkout this tutorial:

3. GlassWire is likely to manage more types of Windows firewall rules in the future

If you looked at the firewall rules then you will have noticed that GlassWire does not manage all of them:

This will change, slowly, as GlassWire adds more features to cover more types of rules.

The rest of this topic documents what we have been told about those feature requests.

GlassWire does not modify Windows’ predefined rules or custom rules. It used to but this was a problem for some users who expect such rules to remain unchanged. But this feature may still make a return.

I confirmed with the development team that we do not modify any Windows firewall rules that GlassWire did not create.

Wished GlassWire could take a previously made custom rule from Windows Defender Firewall and manage them from the GlassWire GUI, especially since GlassWire is using the Windows Filtering Platform

It is suggestion. Port blocking.(Optional function)

Thanks for your feedback! Now that we show ports, it might be useful someday to allow advanced users to block certain ports.

When will host blocking be integrated into glasswire Suggestions

@DI4x4NIRO_F4D3R We are working on it, but we want to do it in a way that is usable and useful for everyone involved. Sorry for the delay on this feature.