Our next update coming in a week or two has a new feature we call “labels” under the network tab. You can name devices whatever you want there.

We look forward to releasing this update because a lot of people like yourself have requested this feature.

that is great because it really help because well as I said I have no idea where you get the maker of the device but my assumption is that it’s from the MAC first half but that’s obviously only the maker of the network card which may say nothing.

I’m using a new version 1.2.68b which has the Network view labels:

That is a great improvement, thanks.

The labels could be further improved:

Thanks that 1.2.68b improves the speed of updating the network view.

I have just noticed that the Network view doesn’t show the correct network connections for me but it is not a problem with GlassWire: 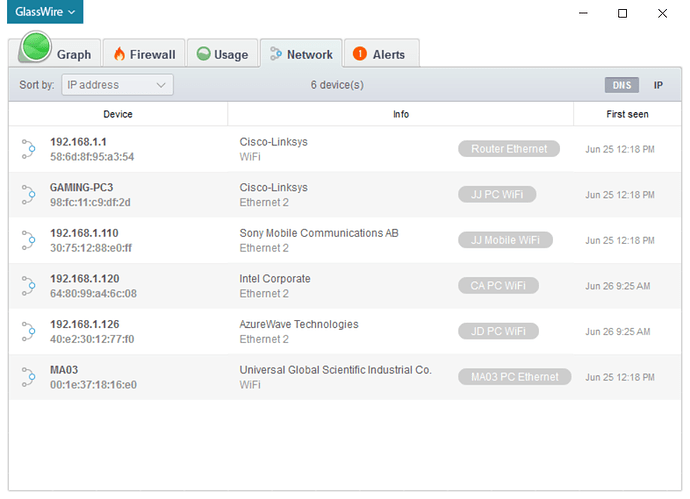 There were bugs in my router firmware so I upgraded my router. The problem is that I then lost some of my labels because the connection had changed: 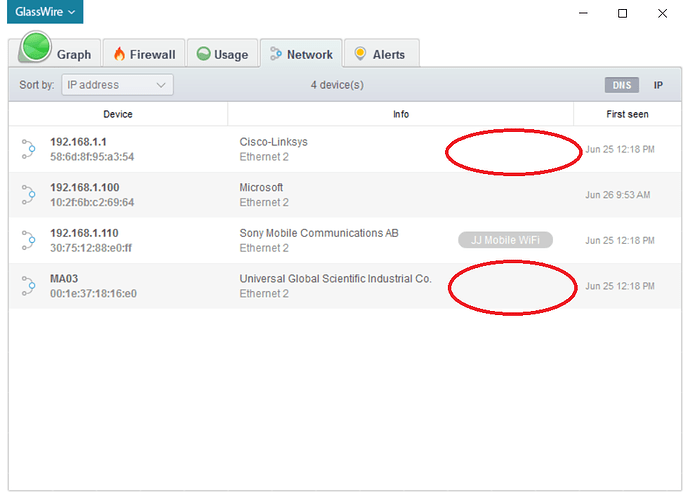 That does not seem a good idea to lose the labels if only the adapter/connection changes when the device name and MAC do not: I think that the label should be retained if it is the same device even if it connects differently.

I have now .72 and the labels seem here and are nice enough but there is one part that’s missing.

they dont appear in the alerts.

I still get the name of the maker.

I’ll see what we can do. Thanks!

Great point! Thanks, My1

instead of showing unknwon vs known (unknown also has the problem if someone gets in while you’re away (and glasswire is running, obviously) and later gets in when you are there that the alert wouldnt show.

I’d rather set per device that everything except XY gets an alert, so that I can see instantly when for example my router is getting killed again.

I never thought of making the labels appear in the alerts… good point.

how about you read the topic title again