What antivirus do most of you guys use, and why? Do you use the default Windows Security antivirus, or do you install a third party one?

The lists are from Windows antivirus products from Wikipedia but there are 57 products and Discourse polls can only contain 20 items so I split them up into four polls: Free; Trialware; Paid A-M; Paid N-Z.

I could have reduced the list size but why choose favorites. Also, because people have more than one computer, up to two products can be voted for in each poll.

Great idea, thanks for putting this together!

I actually use MSSE but I voted for Windows Defender since I have Windows 7, and there was no MSSE choice.

I noticed that the Wikipedia article didn’t include it but, at the time, I didn’t have time to find out why and I can’t change the poll now. Maybe they didn’t include it because Windows Defender is the official successor to Microsoft Security Essentials and Windows 7 is out of mainstream support.

on PC I use AVIRA Free, on laptop I use Kaspersky Free

Eset for Clients and Eset for Windows Server accordingly. Best AV suite so far. Proper detection, not locking your system, easy to configure, easy to install and maintain. Logical to a bit expensive prices but money well spend!

I noticed that Avira Antivirus Pro is missing from the paid list.

For now AVAST free on my desktop PC and Bitdefender Total Security on my laptop, on another laptop that we have I’ve installed Kaspersky free and COMODO firewall

360 TS on PC (Win 8.1), none on laptop with Win 7 (everything i install on it is first checked on the PC).
Why ? It has two analysis engines and quasi none impact on the performance of the PC.

I use Zonealarm since it started as free. Now it comes from Checkpoint. I pay now for Extreme Security. Works well, usually finds not-a-virus ones. I am careful not to download funny programs. It did catch a payware scam.
Ron

@Xenu glad you mentioned Emsisoft. Great software with a good UI and informative.

I check the monthly tests results of most mainstream software at Av-Comparatives and compare AV products across the list of other antivirus testing labs. Best to decide based on accurate testing data.

I use the new Bit Defender Total Security. It’s effective, but doesn’t have enough user customization as I would like. I was a Comodo user for years. I switched based the AV testing results. The jury is still out to lunch on which platform is better.

Surprise! Glasswire still allows the user to decide which apps or services are allowed to connect *If you have

“Allowed to Connect” button selected even despite the “Firewall” button above it grayed out.

I use Emsisoft as well. Has performed significantly well.

Every 1-2 days or so I run Roguekiller. Great piece of software as well.

I use Keyscrambler for Key Loggers.

A hop skip and jump from N. Korea and China. Can’t be lackadaisical.

Thanks for putting this up Remah 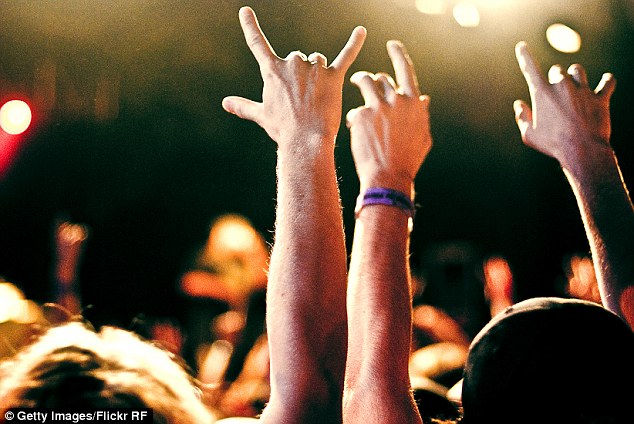 I don’t trust any one product as an end-all/be-all solution while not discounting that for the vast majority of users a single choice is the only solution.

The universe of consumer end point products is so broad (the word antivirus in this thread’s subject should be in quotes), it’s been almost a decade that I stopped making any recommendation to acquaintances who know or hear that I have a slew of industry certifications and 20+ years in the business.

But since you asked

And I’ve been wanting to write this up for a long time geek pal anyhow, although this here is abbreviated somewhat.

• For my primary system, Windows 7:

MS Security Essentials. I created a scheduled task to run every four hours “MpCmdRun.exe -SignatureUpdate” under the SYSTEM account. As MS updates several times a day, this is far more efficient than waiting on a server push. “Signature” is inaccurate as MS refers to these as Definitions, three of 'em: antivirus, antispyware and network inspection system (NIS). See FYI below.

Substantial tweaks to about:config prefs beyond the scope of this discussion, but these extensions will suffice with minimal burden on the user:

My stand-alone on-access scanning choices:
Emsisoft Emergency Kit.
ESET online scanner, but run from a local install (it can be done).

That’s it, but furthermore…

FYI on MSSE & Windows 8 & 10 Defender updates:
https://www.microsoft.com/security/portal/definitions/whatsnew.aspx
You might see “No new threats have been identified in this definition update” and/or “No threat detections were updated in this definition update” as the global push schemes might not coincide with new stuff at any given point in time. Thought there is a new version number, it’s basically telling MSSE or Defender, “Keep going with what you got.”

The Windows 10 Pro system is running with an ancient Core 2 Duo E8400, G35 chipset and 4 GB RAM and my described system and browser setups present no significant slowdowns and no conflicts or depreciation due to redundancy.

Sidebar:
For about six weeks, I’ve been successfully using the experimental DNS over HTTPS (DoH) mode 2 with Cloudflare in Firefox on my Win7 system. This process is exclusive to Firefox connectivity. Your system DNS settings and operation remain unaffected nor does system DNS care about what that’s doing in Firefox.
https://wiki.mozilla.org/Trusted_Recursive_Resolver
Try this if you’re looking for geek fun and bragging rights. For more info, Google is your friend.

Seems like Eset products are listed only in “Trialware” and not in “Paid”?

Anyway, Eset Nod32 Antivirus is what I’m using now and for the last couple of years.

In recent years I’ve used BitDefender Total Security and Kaspersky Internet Security and still do on a couple of Virtual Machines.

Just curious about the listing.

Seems like Eset products are listed only in “Trialware” and not in “Paid”?

I just took the categories from the Wikipedia article I referred to earlier. Trialware is paid but there is a short grace period where use is free.

This is also what I use- I’m surprised it wasn’t listed, but less well-known ones were

I’m using free antivirus AVAST. Not sure if it’s really protecting my devices. Thinking about getting a paid one.

Sorry, @TripleHelix and @5Tx8p7QJfmH4RM4D3eNY, I somehow dropped Webroot from the name.

Ah okay, that makes sense. Thanks for the reply